The UK Government has announced that it will not participate in the European Union’s Unified Patent Court system (UPC), despite having previously committed to do so.

In a statement, the government explained it would no longer be participating because it was “inconsistent with our aims of becoming an independent self-governing nation.”

The decision means the UK will no longer have the opportunity to host a division of the court.

Given the UK’s move, some commentators have questioned the ongoing viability of the system. Commenting, Steve Smith, managing partner at Potter Clarkson, says:

The UK has been a key participant in the UPC to date and was one of only three states required to ratify the court agreement for it to come into force - the others being Germany and France. In Germany, ratification is currently subject to a challenge at the federal constitutional court.

"While it remains to be seen what the ultimate fate of the system might be, as a leading European IP firm, Potter Clarkson will ensure it is positioned to act for clients wishing to use the UPC and to represent those litigating within it, if and when it proceeds, despite the UK’s decision not to take part.” 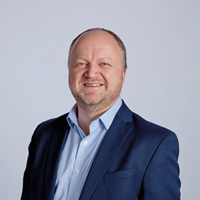