Description amendments: Will the EPO change its examination practice?

In the recent decision T 1989/18 one of the Boards of Appeal of the European Patent Office (EPO) ruled that there is no legal basis for requiring amendment of the description to be in line with the allowed claims.

This is in contrast to what is stated in the 2021 Guidelines for Examination in the EPO, which are non-legally binding instructions for Examiners working at the EPO as well as parties interacting with the EPO.

Frequently, applicants have kept the adaptation of the description to a minimum in order to reduce the risk for a more narrow interpretation of claim scope by national courts later on as well as to avoid introduction of added subject-matter.

However, the required extent of the amendment of the description has varied among Examiners. While some Examiners have a lenient approach others require far-reaching amendments with reference to the EPO´s Guidelines. In this regard, it is noted that the EPO´s Guidelines were updated in 2021 to require applicants to make significant changes in order to bring the description in conformity with the allowed claims. For example, it is now stated in the Guidelines, Part F-IV, 4.4, that embodiments not covered by the claims should be deleted or described as not being part of the invention in order not to lead to lack of clarity as to the actual scope of protection (Article 84 EPC).

The case in question is an appeal against the decision of one of the EPO´s Examining Divisions to refuse the application in the form of the main request since it was considered not to fulfil the clarity requirement (Article 84 EPC). More specifically, the subject-matter of the description was found to be broader than the allowable claim 17 concerning an expression vector.

In its judgement, the Board of Appeal (BoA) found that Article 84 does not provide legal basis for refusing the application on the ground that the amended description is broader than the allowed claims. In particular, the BoA found that if the claims are clear in themselves and supported by the description, their clarity is not affected if the description contains subject-matter which is not claimed.

Further, with respect to Article 69 EPC concerning the extent of protection of a European patent the BoA states that it is not of relevance and is not concerned with the requirement of an application or patent to satisfy the Convention. Thus, the BoA came to the conclusion that Article 69 EPC provides no legal basis for requiring adaptation of the description to be in line with the amended claims.

Finally, the BoA examined whether Rule 42(1)(c) EPC and Rule 48(1)(c) EPC, respectively, may provide legal basis for requiring adaptation of the description.

Regarding Rule 42(1)(c) EPC, which requires that the invention be disclosed such that the technical problem and its solution can be understood, the BoA found that this provision cannot normally be a legal basis for requiring the applicant to bring the description in conformity with the amended claims and to remove embodiments that are not claimed. The exception would be when the application originally claimed multiple separate inventions and a so-called non-unity objection under Article 82 EPC had been raised, requiring limitation of the application to one invention.

Regarding Rule 48(1)(c), which specifies that the European patent application shall not contain any statement or other matter obviously irrelevant or unnecessary under the circumstances, the BoA found that there is no guidance as what amounts to “obviously irrelevant or unnecessary” statements or matters and that Rule 48 is silent on the legal consequences.

In summary, the BoA found that none of the proposed provisions of the EPC provide legal basis for requiring adaptation of the description to be in line with the allowed claims. The decision under appeal was therefore set aside and the case remitted to the Examining Division with an order to grant the patent.

It remains to be seen what the implications of T 1989/18 will be. Until any further notice from the EPO we advise our clients to take a cautious case by case approach, and perhaps deploy delaying tactics. While it may be straightforward to amend the description of some patent applications it may not be for others. We hope that a new revision of the Examination Guidelines expected in March 2022 will clarify examination requirements and reduce the need for burdensome description amendments. Finally, it should be noted that in the present case no non-unity objection was raised. For patent applications claiming multiple inventions the EPO may still require deletion of parts relating to inventions that are not claimed. 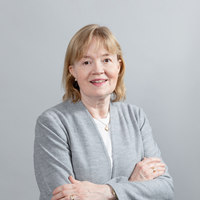 In T 1989/18 the Board of Appeal found no legal basis for requiring the applicant to amend the description to be in line with the allowed claims.
T 1989/18 is in conflict with the EPO´s Examination Guidelines.
We advise applicants to take a cautious case by case approach until the EPO has clarified what its position is with respect to adaptation of the description.