From mice to chocolate teapots: the law of sufficiency

In today's decision in Illumina v Latvia MGI*, Birss J has made the first application of the sufficiency principles from the Supreme Court’s decision in Regeneron to process claims in a case relating to DNA sequencing technology.

It will be recalled that in Regeneron v Kymab** the Supreme Court considered product claims to a transgenic mouse.

Birss held that the sufficiency principles summarised by the Supreme Court in Regeneron also applied to process claims, like those at issue in the present case and he went on to generalise and recast the principles (paragraphs 253-258), as follows:

"v) A claim which seeks to protect products or processes which cannot be performed by the skilled person using the disclosure in the patent will, subject to de minimis or wholly irrelevant exceptions, be bound to exceed the contribution to the art made by the patent, measured as it must be at the priority date.

vi) This does not mean that the patentee has to demonstrate in the disclosure that every embodiment within the scope of the claim has been tried, tested and proved to have been enabled […]. Patentees may rely, if they can, upon a principle of general application if it would appear reasonably likely to enable the whole range […] within the scope of the claim to be performed. But they take the risk, if challenged, that the supposed general principle will be proved at trial not in fact to enable a significant, relevant, part of the claimed range to be performed, as at the priority date.

vii) Nor will a claim which in substance passes the sufficiency test be defeated by dividing the […] claim into a range denominated by some wholly irrelevant factor, such as the length of a mouse’s tail. The requirement to show enablement across the whole scope of the claim applies only across a relevant range. Put broadly, the range will be relevant if it is denominated by reference to a variable which significantly affects the value or utility of the product or process in achieving the purpose for which it is to be performed.”

When discussing the question of what would constitute a “relevant range” in the Regeneron sense, Birss put forward an example of a new teapot which was inventive and useful because it had a special spout shaped to prevent dripping. The claim would be to a teapot with the special spout but might not say anything about the material from which the teapot is made. The claim can be said to cover a range of teapots made of different materials. China would work and chocolate would not.

Although the invention in this example is (by definition) a teapot since that is what is claimed (s125, 1977 Act), nevertheless the value, utility and purpose referred to by Lord Briggs in principle (vii) are concepts which in this example would be focussed on the shape of spout.

The fact that a teapot made of chocolate will not work does not give rise to insufficiency because a skilled person can select, without undue difficulty, suitable material from which to make a teapot.

On the facts of Regeneron itself the range of numbers of segments was clearly relevant to the essence of the invention since it was the means for getting high antibody diversity, whereas different kinds of mice was not. In other words, when applying this test one may need to examine the essence of the invention as well as the claim language itself.

Birss summarised the sufficiency principles he drew from the authorities as follows:

“i) When examining any aspect of claim scope for the purposes of the enablement it is necessary to distinguish between ranges relevant in the Regeneron sense and other ranges.

ii) For ranges relevant in the Regeneron sense, to be sufficient, there must be enablement across the whole scope of the claim within that relevant range (subject to de minimis exceptions) at the relevant date. If a type or embodiment within such a range is not enabled at that date then the fact it could be made later, as a result of further developments not enabled by the patent, even though it never could have been made without the invention, will not save the claim from insufficiency.

iii) Not all claims will necessarily contain a range relevant in the Regeneron sense but if they do, then this principle applies to that range.

iv) An example of another range, not relevant in the Regeneron sense, will be a descriptive feature in a claim (whether structural or functional) which can cover a variety of things, but for which that variety does not significantly affect the value or utility of the claimed product or process in achieving its relevant purpose. The relevant purpose is judged in all the circumstances, starting from the terms of the claim itself but also, where appropriate, by reference to the essence or core of the invention.

v) For a claim feature which amounts to a range in this other sense, the skilled person must still be able to make a suitable selection, without undue burden, in order for the claim to be sufficiently disclosed. However provided that is so at the relevant date, such a claim feature will not be insufficient simply because it is capable of also covering within its scope things which had not been invented at that relevant date.

vi) When examining enablement of any kind, the test is always about what the skilled person is able to do without undue burden. The patentee is entitled to expect that the skilled person, in seeking to make the invention work, will exercise that skill. If need be that exercise will involve testing and experiments, as long as it is not unduly burdensome.”

MGI relied on Regeneron and argued insufficiency based on two main points:

MGI argued the claim in question was open ended in terms of the length of the nucleotide to be sequenced and submitted that the data in the patent only present results for a limited number of cycles, as shown in figures 5 and 6. Therefore, the monopoly claimed exceeds the technical contribution and the specification does not enable the skilled person to perform a sequencing method across the breadth of the claim without undue burden.

MGI also argued that the claim covers nucleotides which could be modified in ways which would prevent their incorporation and covers linkers for which the conditions required for cleavage would damage DNA.

In relation to the first point, Birss found (paragraph 294) that:

“Read length is not a variable which significantly affects the value or utility of the claimed process in achieving the purpose for which that process is to be performed. The purpose of sequencing the one nucleotide is to determine the identity of that nucleotide. The determination of the identities of other nucleotides apart from that one is irrelevant. It cannot be said that sequencing more than one nucleotide is the essence or core of the invention of claim 12 either.”

In paragraph 288 Birss stated: “The first question is whether the variety of suitable things covered by these terms amount to relevant ranges in the Regeneron sense. If they do then the claim would be insufficient irrespective of the absence of an undue burden putting them into practice. However in my judgment none of these terms amounts to a relevant range in the Regeneron sense. The different instances within these “ranges” are not of the essence of the invention. The essence of the invention in claim 12 is a sequencing method whose utility derives from the use of a 3'-O-blocked nucleotide. Plainly the particular nucleotide, polymerase, linker, label and cleavage conditions chosen have to be suitable. However beyond the simple fact of being suitable, their individual type does not significantly affect the value of the method to achieve the purpose for which it is being carried out.”

Hence, Birss rejected both of MGI’s insufficiency arguments on the basis that the ranges identified as being covered by the claim did not constitute “relevant ranges” in the Regeneron sense (paragraphs 280-301). 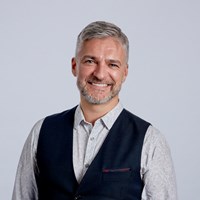 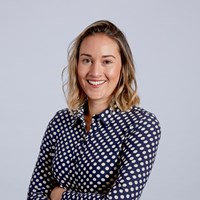 When drafting patent claims consider what ranges might be covered by your proposed claim wording and ensure that any ranges relevant to the inventive concept are supported by the examples and description and sub-ranges are included as possible fall-back positions.
When attacking on the ground of insufficiency, look for examples of embodiments falling within a range covered by the claim which significantly affect the value or utility of the claimed product or process in achieving its relevant purpose and which cannot not be carried out without undue difficulty. 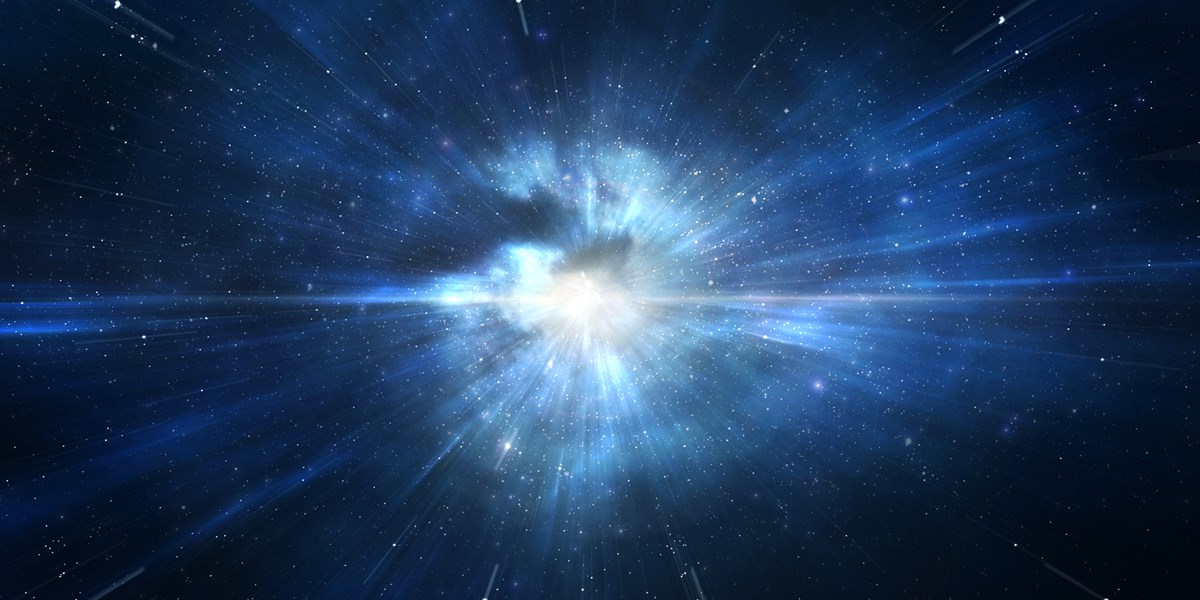 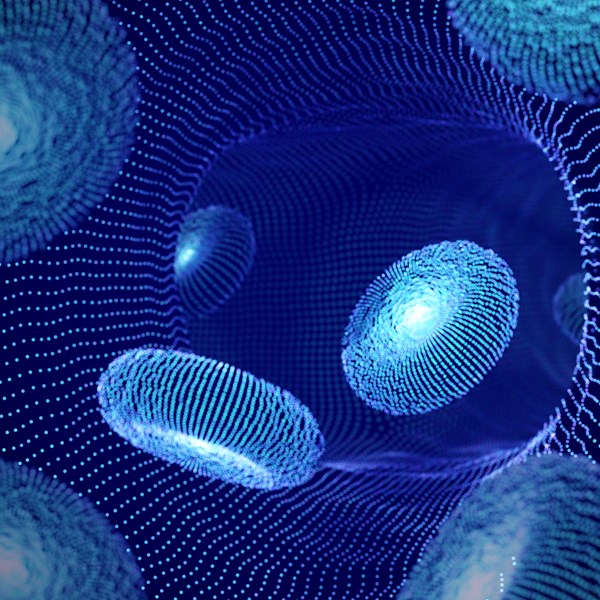