A much-debated topic is how to determine R&D productivity. Although it has its limitations, the number of European patent applications that originate from a country can be taken as an indicator of its R&D productivity. While it may not give us the precision we’d like, it provides a good measure by which to compare the UK with other European nations.

To understand where R&D productivity is highest, let’s look at the figures published by the European Patent Office (EPO) for Europe-originating EPO filings in 2020, classified according to the country of origin of the filings, and compare them with the size of the population of that country.

The figures are often skewed if the population is small and/or there is a reason for companies to be based there. For example, Liechtenstein, a corporate tax haven with a population of only 38,000, is far and away the most productive on this measure, with the equivalent of 1,149 filings per 100,000 people. Likewise, Luxembourg with 65. Switzerland also does well, with 94 filings per 100,000 citizens, possibly driven by the number of pharmaceutical companies located there.

But a more meaningful comparison can be made between Germany (31), France (16) and the UK, the latter having a paltry 8 filings per 100,000 people. The laws in Germany and Austria concerning ownership of employees’ inventions probably account for the relatively high figure for Germany (and for Austria, with 26 filings per 100,000 people) but why is France significantly ahead of the UK? Also compare The Netherlands (37), Belgium (20) and even Malta (14).

Does this mean the UK is bad at R&D? Or just bad at filing patent applications?

One can easily see why Potter Clarkson has opened offices in Sweden and Denmark, since they file 44 and 42 EP patent applications per 100,000 people, respectively. Neither country is a tax haven, and the populations are big enough not to skew the statistics. So, are they three to four times as innovative as the UK? These figures would certainly suggest that the UK has room for improvement when it comes to innovating and/or protecting its innovations.

Earlier this year the UK government published its Innovation Strategy, setting out a bold vision to make the UK a global hub for innovation by 2035. If we can take patent filings as a measure of success in innovation, the UK is not exactly embarking on this journey in pole position.

However, one of the bright spots in the past two years has been the spirit of innovation which has extended across all sectors of the UK economy. We will be watching to find out if 2021’s EPO filing figures tell a more encouraging story for the UK... 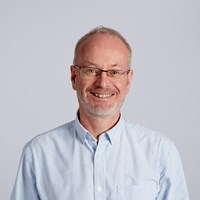