Patent applications on the rise

The European Patent Office (EPO) and the World Intellectual Property Organization (WIPO) have both recently published patent filing figures for 2018. Here’s a snapshot of what they reveal:

Germany is leading the way in Europe as the largest applicant nation, by a significant margin. Thanks to significant growth in applications, Sweden and Denmark have secured the seventh and eight positions respectively. While there was a 7.1% uplift in filings from Sweden, Denmark - a country known for its IP-centric government policy - saw the most significant growth of any European country, with 14.4% more filings.

When looking at the number of applications in relation to a nation’s population, Sweden and Denmark are, in fact, leading the way in Europe, filing more patent applications per million inhabitants that Germany did in 2018.

International filings - known as PCT applications - have also increased. Estimated figures from the WIPO for 2018, which will be finalised later in the year, suggest growth in applications of 3.9% to 253,000. 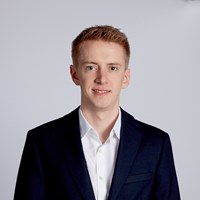