The latest version of the Guidelines for Examination at the EPO (entered into force on 1 March 2021) includes a stricter approach to the practice of bringing the description into line with the allowed claims. Here we consider the practical implications of those changes.

The updated Guidelines make it clear that it is not sufficient to use generic statements such as embodiments not falling under the scope of the appended claims are to be considered merely as examples suitable for understanding the invention, without indicating which parts of the description are no longer covered. Instead, those embodiments must be marked using phrases such as embodiment not covered by the claimed invention.

Similarly, merely changing the word invention to disclosure and/or the word embodiment to example, aspect or similar is not an adequate means for confirming that that part of the description falls outside the scope of the claimed invention.

Subject matter in the description being excluded from patentability (such as methods of treatment) needs to be excised, reworded such that it does not fall under the exceptions to patentability or prominently marked as not being according to the claimed invention.

This stricter approach at the EPO places an additional burden on the applicant to review the description and carefully consider, on a case-by-case basis, whether it would be more beneficial that embodiments not covered by the allowed claims (or not explicitly claimed) are marked as such or instead deleted. This is important, as the way that the description is amended may have significant post-grant implications.

One point to consider relates to recent case law in certain EPO contracting states, such as the decision of the UK Supreme Court in Actavis v Eli Lilly, which has introduced a doctrine of equivalents in UK patent law. As a consequence of these decisions, particular consideration must be given to the possible impact on claim interpretation if certain embodiments are prominently marked as not encompassed by the claims.

For instance, expressly stating that a particular feature is not part of the claimed invention may be interpreted in the UK courts as an indication that strict compliance with the literal meaning of the relevant claim(s) of the patent was an essential requirement of the invention (following the third Actavis question, as established by the UK Supreme Court), thus potentially leading to a finding of non-infringement by equivalents. Therefore, in such situations, the deletion of such features from the description may be preferable.

The new EPO practice and the relevant national law (at least in the UK) are still developing. Therefore, for now, the two possible approaches (deletion vs marking as not covered by the claims) will need to be carefully considered based on the specific circumstances of each application. Your Potter Clarkson attorney will be able to advise you on how best to navigate these issues. 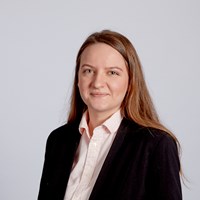