UKIPO highlights the need to choose between paediatric incentives

In a recent decision (BL O/321/20), the UK Intellectual Property Office (UKIPO) considered the interplay between the different incentives available under EU law for research into the paediatric use of new medicinal products.

EU law provides both a regulatory incentive, in the form of a one-year extension to the period of market exclusivity awarded to new drugs, and an intellectual property incentive, in the form of a six-month extension to the term of a Supplementary Protection Certificate (SPC) granted for a medicinal product. However, it is not possible to benefit from both of these extensions for a single drug product.

The relevant law is set out as follows:

The prohibition against both extensions being obtained is found in Article 36(5) of the Paediatric Regulation, which prohibits the extension to the SPC term from being granted if the marketing authorisation holder has been granted the additional year of market exclusivity under Art 14(11) of the EMA regulation.

The case in question concerns the product tocilizumab, an antibody treatment for rheumatoid arthritis, which is sold by Roche as RoActemra®. Subsequent to the granting of its initial marketing authorisation for the treatment of rheumatoid arthritis, tocilizumab was approved for the treatment of systemic idiopathic juvenile arthritis. The research into and subsequent granting of an authorisation for this juvenile indication meant that the marketing authorisation holder and patentee were able to apply for both of the available extensions, and they subsequently secured both rewards.

The one-year extension to the period of market exclusivity was granted by the European Commission in August 2011 for the reason that systemic juvenile arthritis was considered to be a new indication and treatment with tocilizumab was deemed to bring a significant clinical benefit in the absence of effective existing therapies. Medicinal products marketed in the EU are awarded an eight-year period of data exclusivity running from the grant of a marketing authorisation, followed by a further two years of market exclusivity. Thus, with the one-year extension, tocilizumab benefitted from an eleven-year period of regulatory protection, which expired in January 2020.

An SPC covering tocilizumab, relying on EP(UK) 0783893 B1 as the basic patent and the centralised European marketing authorisation for RoActemra®, was issued by the UKIPO in 2014 and entered into force for the maximum five-year duration on 7 June 2015. The six-month paediatric extension was then applied for and granted in 2018, extending the duration of the SPC until 6 December 2020.

The swift action of the UKIPO in granting the revocation request provides certainty to third parties regarding the status of the paediatric extension, and therefore the expiry of SPC protection for tocilizumab.

This decision highlights the need for companies and practitioners to carefully consider the different periods of exclusivity available through the regulatory and intellectual property legal frameworks, and their relative timings. In the present case, tocilizumab could potentially have benefitted from a longer period of exclusivity had the paediatric extension been obtained in preference to the extended period of market exclusivity. However, the potential period of exclusivity has to be weighed against other factors, such as the need to apply for and maintain SPCs separately in each EU state.

Please contact us if you require further information on the different regulatory and IP exclusivities that may be available for your product. 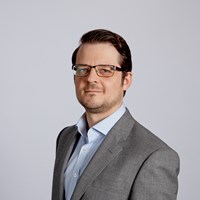 EU law provides both regulatory and IP incentives for research into the paediatric use of new medicinal products, in the form of extensions to the relevant periods of exclusivity awarded to the product. However, it is not possible to benefit from both extensions for a single drug product.
Companies and practitioners should carefully consider the different periods of exclusivity available through the regulatory and intellectual property legal frameworks, and their relative timings.
There are some scenarios in which only one of the extensions will be available for a medicinal product that has been investigated for paediatric use.