With effect from 1 January 2021, UK legislation has been amended to incorporate EU law on Supplementary Protection Certificate (SPC)s into United Kingdom (UK) national law, and to make various adjustments to it. While the previous systems and processes largely remain the same, there are some key changes that users of the system should be aware of.

We tabulate the key changes to SPC law, and discuss some of the main implications in the FAQs below.

SPCs are national rights that extend patent protection in Europe for up to five and a half years to compensate for time spent obtaining marketing approval for medicinal and plant protection products.

WHY ARE UK SPCs AFFECTED BY BREXIT?

On 31 January 2020, the UK left the EU. Under the terms of the EU-UK Withdrawal Agreement, the UK continued to apply EU law during the transition period, but this period came to an end on 31 December 2020 and so EU law no longer applies in the UK.

Under the European Union (Withdrawal) Act 2018, the UK incorporated all EU SPC law into UK national law. Subsequent adaptations were made to enable the law to function in its new UK context, including changes necessary to accommodate new marketing authorisations that cover only part of the UK (Great Britain or Northern Ireland) as a result of the Northern Ireland Protocol.

WHAT HAPPENS TO UK SPCs ALREADY GRANTED AND UK SPC APPLICATIONS ALREADY PENDING AS OF 1 JANUARY 2021?

UK SPCs (included those extended by a paediatric extension) that were granted before 1 January 2021 will continue to be valid for the whole of the UK and their expiry date will be unchanged.

Pending UK SPC applications and requests for paediatric extensions filed before 1 January 2021 will continue to be prosecuted as normal and will provide the same protection for the whole of the UK.

WHAT HAS CHANGED FOR NEW SPC APPLICATIONS FROM 1 JANUARY 2021?

From 1 January 2021, the SPC system in the UK will operate largely as before. Most of the changes to the retained EU law simply make it compatible and consistent with UK law.

New SPC applications can generally still be filed at the UKIPO according to the same deadline (i.e. within the later of six months from the grant of the first marketing authorisation in the UK or six months from the grant of the basic patent), and the fees payable will remain the same. We address below some particular aspects that have changed in respect of UK SPCs and SPC applications.

This has the effect of introducing three types of MA within the UK, namely MAs for UK, MAs for GB only and MAs for NI only.

Given that applicants for UK SPCs must have a valid marketing authorisation in the UK, new legislation (The Supplementary Protection Certificates (Amendment) (EU Exit) Regulations 2020; Statutory Instrument (SI) 2020/1471) has been enacted to reflect these new categories of MA.

Under the new law, applicants will be able to file a UK SPC application based on any of a UK MA, a GB MA or a NI MA.

In view of the possibility of MAs covering only part of the UK, the new legislation means that while SPCs will remain UK-wide rights, their territorial extent of protection will extend only to the territory or territories where the MA or MAs allow the product to be sold.

It is, however, possible to extend the SPC to cover the additional territory provided that an MA is granted in that territory before the SPC takes effect. For example, if an SPC is originally based on an NI MA for the product, the protection conferred will initially extend to only NI, but if a GB MA is granted for the product before the SPC takes effect, it will be possible to extend the protection to also cover GB, and vice versa.

To extend the territorial coverage of an SPC, applicants must notify the UKIPO using Form SP6 within six months of the grant of the later MA and before the patent expires. Therefore, it is important for applicants to closely follow ongoing regulatory developments to ensure that all opportunities for extending supplementary protection are not missed.

The duration of both old and new UK SPCs will still be determined by reference to the earliest MA in the European Economic Area (EEA) and the UK. This means that if an MA is granted in an EEA member state before grant of the UK MA, the term of the UK SPC will run from the earlier EEA MA even though marketing of the product in the UK would not be possible until the UK MA is granted.

The six-month paediatric extension of SPCs for conducting paediatric studies in accordance with a paediatric investigation plan (PIP) will still be available. The same deadline applies (i.e. two years before expiry of the SPC), and the fees payable remain the same.

The main difference is that it is no longer a requirement for new requests for a paediatric extension to show that the product is authorised in all EEA member states, only that it is authorised in the UK. For products where the PIP has not been completed in all EEA states, this may present a new opportunity for securing a UK paediatric extension which would not otherwise have been possible.

In addition, as with SPCs, the protection conferred by UK paediatric extensions will cover only the territory or territories within the UK where the MA has been updated to reflect the completed PIP studies. For example, if only the GB MA has been updated in this regard, the paediatric extension would only extend to GB, even though the base SPC may also cover NI by virtue of an NI MA. It is, however, possible to extend the coverage to the rest of the UK if the conditions for granting the extension have been met for the other MA and a request is filed by the deadline of two years prior to expiry. Again, it is important for IP and regulatory departments to be fully aligned to ensure that no opportunities are missed here.

ARE THERE ANY CHANGES TO THE MANUFACTURING WAIVER?

As of 1 July 2019, a new EU “manufacturing waiver” came into force to allow medicinal products covered by an SPC in one or more EU countries to be manufactured by third parties in those countries solely for the purpose of (i) exporting to third countries while the SPC is in force, and/or (ii) storing it within the last six months before SPC expiry in order to place the product on the EU market after SPC expiry, subject to certain conditions.

The new UK legislation (The Intellectual Property (Amendment etc.) (EU Exit) Regulations 2020; SI 2020/1050) retains the manufacturing waiver in UK law and largely keeps the status quo. Hence, if a product has SPC protection in the UK, manufacturing under the waiver will still only be permitted where it is for export to a country outside the UK and the EU or for stockpiling in preparation for placing the product on the market in the UK or EU.

IS PREVIOUS CASE LAW FROM THE COURT OF JUSTICE OF THE EUROPEAN UNION STILL VALID FOR UK SPCs? WILL UK SPC LAW CHANGE IN THE FUTURE?

The significant number of CJEU decisions relating to SPCs that were taken before 31 December 2020 have also been directly imported into UK law. This means that UK Courts will generally be required to interpret retained EU law in accordance with past CJEU case law. However, both the Supreme Court and the Court of Appeal are free to depart from such CJEU decisions if they consider it “right to do so”, and so the opportunity is there for UK courts to tread a different path in terms of how the law should be interpreted. Of course, this also presents new opportunities for applicants to try to direct precisely where this path leads to. 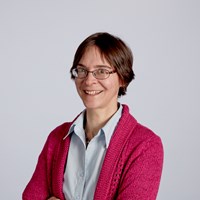 UK SPC law is adjusted to reflect new marketing authorisations covering only part of UK (Great Britain or Northern Ireland) as a result of Brexit and the Northern Ireland Protocol.
Status quo prevails for calculating term of UK SPCs and permitted exceptions under SPC manufacturing waiver.